Not a YUGE snowstorm, but enough that the Federal and Local governments along with schools were closed. Road conditions looked pretty bad so the entire RockyMountainNavy family stayed in all day. Which means it’s GAMING time! 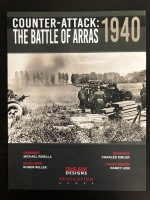 The first game played was actually the night before. Seeing that a day off was coming I pulled out Counter-Attack: The Battle of Arras, 1940 (Take Aim Designs/Revolution Games, 2019). I used the Historical Setup (again) but this game went nothing like my last. The Impulse part of the Area-Impulse mechanic ensured that the fortunes of war were fickle, especially for the German player. This time fate favored the Allies who won an Automatic Victory at the end of Turn 2.

For the snow day proper, the first wargame to hit the table was Brave Little Belgium (Hollandspiele, 2019). Again, the chit-pull mechanic made for a hard-fought battle. At first the Germans were neigh-unstoppable but in the mid-game the tide turned against them. However, in the late-game the End Turn chits came out before the Entente could counterattack effectively. The Germans won…just barely. 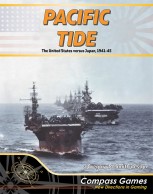 Pacific Tide: The United States versus Japan, 1941-45 (Compass Games, 2019) followed with me playing as the Japanese player against the US solitaire bot. Although the rules for this game are very easy I still struggle to execute good actions for the US side. Consequently, the bot was unable to stop me and I achieved an Automatic Victory at the end of 1942.

The RockyMountainNavy Boys interrupted my wargame marathon with a 3-player Tiny Epic Galaxies (Gamelyn Games, 2015). I was able to hold them off and win with the Orbiter Secret Mission. 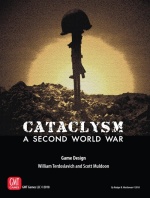 Going into the late afternoon and evening, I pulled out Cataclysm: A Second World War (GMT Games, 2018) and set up scenario C.7 Pour La Patrie. This is an alternate history scenario which posits that France is Fascist and allied with Germany while Italy is Democratic and allied with the United Kingdom. The scenario runs from 1937 to 1942 (three turns). I really liked this scenario as it allowed me to explore the core game mechanic without any subconscious pressure to follow a “historical” strategy.

With schools already calling for a 2-hour delay on the next day all three RockyMountainNavy Boys challenged me to a fun game of Survive: Escape from Atlantis (Stronghold Games, 2012). Sharks and Krakens and Whales, oh my! I never had a chance!

Feature image by self